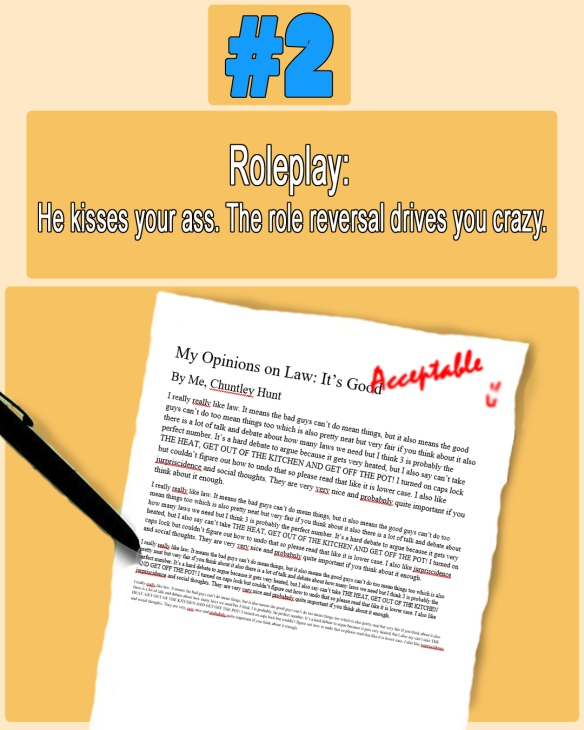 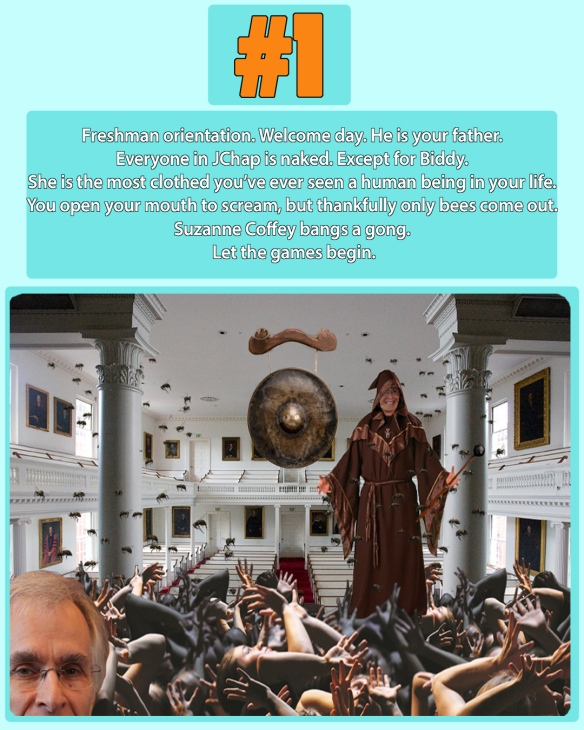 Today, at 12:38pm, President Biddy Martin issued a statement summarizing the state of the college as her office prepares for one of the biggest capital campaigns in the history of the institution. It read:

Sent from my iPad

This abrupt change in policy sent shockwaves through the president’s administration and the wider world of higher education as her already loosely-formatted staff members rushed to control the possible damage.

Dean of the Faculty Catherine Epstein was quick to react, assuring anxious thesis writers in a hastily convened press conference that formatting will not remain permanently off and is expected to return by the end of the week. A full service report from Jennifer Fite, promised Epstein, is imminent.

The Board of Trustees likewise issued a statement soon after the all-campus blast reassuring potential donors that despite this abrupt change in formatting, “the margins of the capital campaign would remain as discussed.” Chief of Student Affairs and Dean of Evil Deeds, Susan Covfefe, offered no comments on the incident.

The international diplomatic community fears this latest outburst from an already chaotic administration is a further indication of Amherst’s intentions to build a Modern Times New Roman Empire, with this surprise move being the first in Martin’s 12-pt plan. Especially damning are the implications for Amherst’s nationally competitive soccer programs, with Coach Justin Serpone reportedly ceasing varsity recruitment in response to the cessation of all headers AND footers.

Meanwhile, Apple, Inc. has hailed President Martin’s decision, calling her use of the iPad a “decisive moment” and “a major win.”

On campus, however, the atmosphere remains extremely tense. Only hours after Martin issued her polarizing statement, Muck-Rake reporters observed a column of black smoke billowing from the chimneys of the Writing Center. While there is little direct evidence of Martin’s collusion with hostile rival colleges, today’s events, in tandem with the unexpected closure of the Writing Center’s satellite consulate in Grosvenor House, seem to suggest foreign influences at play.

Though it remains to be seen how today’s watershed moment will affect the capital campaign and last name pronunciation at commencement, one thing is certain, beyond all shadow of a doubt: fOrma t  ing ; iS? ofF 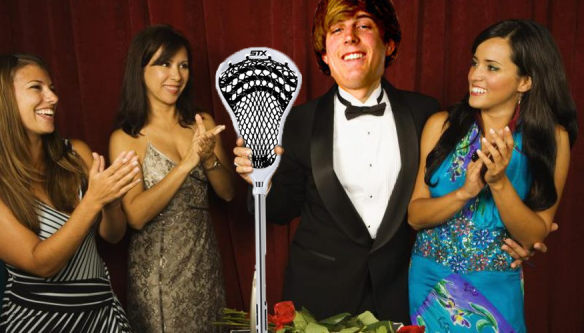 “I would have gotten dates the normal way, by saying my name and waiting for chicks to Google my father, but I figured this would be more direct. I’m really happy to be helping out with Cystic Tonsillitis Efforts in Guatelamala by smashing smokes, it’s pretty much a win-win for everyone. And if I get stood up by anyone, either the ladies or the dudes I also bought so they could watch the dates from outside, those kids are fucked.”

“Come unleash your deepest desires with a moist chicken breast strewn across a steaming bed of carbs” advertised Joe Flueckiger, Director of Dining Services. “We’ll be sure to satisfy all of your basic needs tonight,” Flueckiger winked, while seductively dipping his finger in some left over chicken-pan juice. 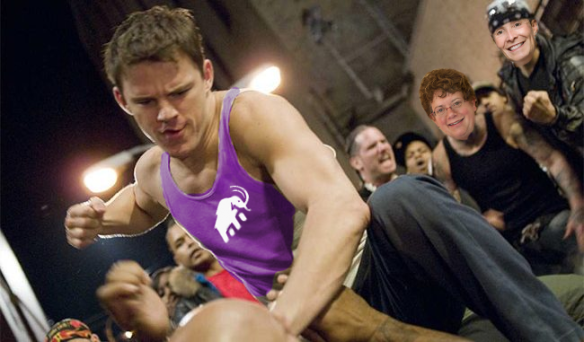 AMHERST, MA – In order to prove that Amherst students can take care of themselves without a stricter party policy, the Amherst Football team made a solemn vow to promote regular hydration, encourage members to count their drinks, and to beat any freshman stupid enough to get wasted within an inch of their pathetic life. “We just want to make it clear that we as a team, and really in a way as an entire school, aren’t going to stand for this anymore,” said Brock “The Walking Talking Sack Machine” Mckenzee ‘18.

Since they’ve begun their campaign, not a single Freshmen has been sent to the hospital for alcohol poisoning, but dozens have been sent for broken limbs and non functioning faces. “It feels good to make such a huge difference,” yelled Rick ‘19 into our reporter’s delicate ears as he grabbed his collar and held him against a wall. “We’re just trying to build a better world where you can safely throw a keg through your window and not have to worry about hitting some stupid passed out Freshman,” he continued to scream.

Although the administration refuses to comment on the situation at this time, several students have claimed to have seen Biddy Martin and Suzanne Coffey watch and cheer on several of the beatdowns.

“Yeah it was definitely them, there’s no mistaking those two,” insisted a source who asked to remain anonymous in fear of retribution from Biddy. “Out of everyone there, they looked the most excited. Biddy kept yelling out ‘Worldstar’ but it wasn’t clear she knew what it meant. Suzanne just couldn’t stop laughing. When they noticed me staring, Biddy whispered something to Suzanne and then made a quick throat slitting gesture. I’m honestly in real fear for my life here.”

Some things will never be understood. Who built the pyramids? Where do birds come from? Well, fear no more: one of history’s great mysteries is about to be solved. The Val Ice Cream Machine is about to be fixed, once and for all.

The cream of the crop is here to cream this crop and stop that cream from cropping up where we don’t want it. That’s right, the cream team has arrived. Bullshit you say? More like bull’s milk, of the same ilk, as cow’s milk (iced cream). It’s the crème de la crème, here to restart the clock on Big Ben, and by that I mean fix this damn machine.

Soon it’ll be all peaches and cream, or rather, pernil al horno and cream. Get in the queue because it’s time to suckle one by one at the teet of Mother Milk. And oh baby am I gonna milk it for all it’s worth.

I’m out of order? No, you’re out of order, ice cream machine. In fact, I do have an order and it’s “one ice cream please.” Can you make that happen? Didn’t think so.

Still not fixed? How is that possible? Isn’t this a brand new machine? The tease of Madagascar Vanilla is enough to make me cream my jeans, and believe me I would if I could if this machine were in order. But I can’t, so I shan’t. And that’s the Amherst way.

Good luck team. We’ll be rooting for you. 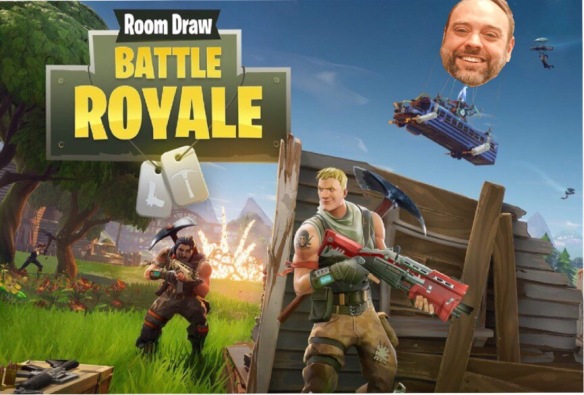 Per the rules of the game, every student will start out with an ax. But please note the Tilted Towers are sub-free this year!

According to official party registration records, men’s lacrosse captain Hunter “Bean Boot” Frye just had his fifth birthday since the party policy banning team mixers came into effect. In conjunction with the several post-graduate years Frye spent “finding himself” at various second-tier boarding schools, that brings his age to 28. 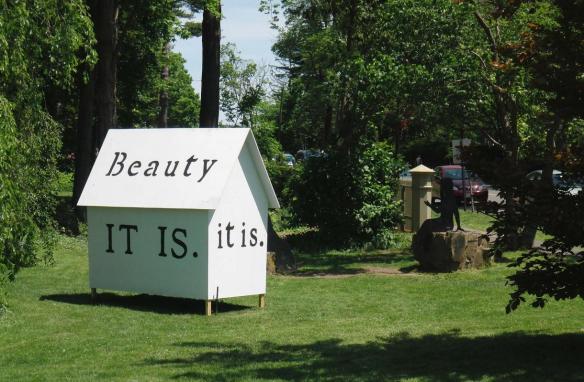 Pictured: Something that should be captioned, but whatever.

Amherst, MA – Amid a chorus of yawns, sighs, and rolling eyes, Director of Studies Lisa Brooks proudly announced that the second annual English Capstone Symposium successfully modeled what it means to be a writer in the modern day, in that pretty much nobody gives a shit.

“For six decades, each senior English major had to pass a written exam, and nobody gave a flying fuck about that,” Brooks told the Muck-Rake in the back of the CHI classroom during some dumb presentation about the human condition or whatever. “But it’s much more effective to culminate the English experience by allowing students to watch classmates’ eyes gloss over in real time while they struggle to come up with a question about your short story you couldn’t convince them to skim.”

“It couldn’t capture the life of the mind more accurately,” Professor Sanchez-Eppler added, looking up from the scarf she was knitting.

During the day-long symposium held in Frost Library on February 9th, students presented the best critical or creative work they could manage to vomit out on February 8th to an audience of overcaffeinated seniors, each of whom had done the same.

Each senior English major gave a ten minute presentation that felt like twenty, followed by a Q&A session during which the professors nobly attempted to get the ball rolling by discussing their own thoughts, pausing for questions, receiving none, and rolling the ball further until the Q&A time had elapsed.

An astonishing diversity of ideas was presented during this year’s symposium: Martin Perkins ‘18 failed to get anyone to pretend they cared about “Totalities of Guilt in Ulysses”, while Katelyn Moon ’18 presented on “Kate Chopin’s Intersectional Becomings,” about which the audience couldn’t muster a single solitary fuck.

Blinking herself awake after nodding off for a while, Janet Malcolm ‘18 eagerly compared her doodles of Professor Sanborn as a whale to another student’s drawing of Professor Parham as a terminator. When asked for comment, she gazed into her open notebook and assumed an expression of deep contemplation.

“… the way in which…problematize…,” said Sanborn to the Muck-Rake’s correspondents, who had been lost in their own train of thought. “For students, you graduated without knowing how little people cared about your writing if they weren’t employed by a liberal arts college. For faculty, we felt we couldn’t honestly let the students go out into the quote unquote [sic] ‘real world’ with untarnished hope for a viable writing career. It’s more truthful for all of us to watch the light drain from their eyes right then and there.”

During the closing celebration, the English majors were provided champagne to drown out the knowledge that it would be the last time they could afford it.

The Amherst Muck-Rake
Create a free website or blog at WordPress.com.