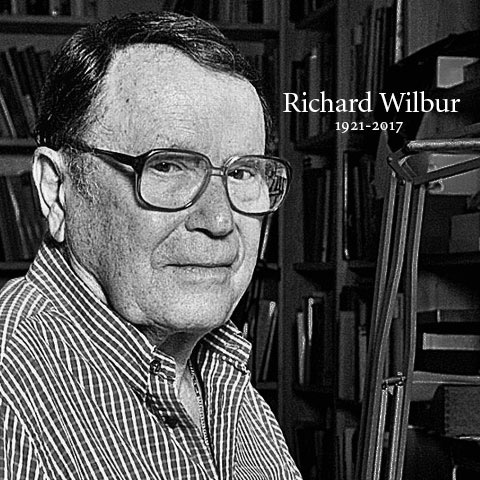 1. You preregistered for “Reading Poetry” but decided to follow your heart toward a fulfilling career in medicine, necessitating an extra biology course. Dummy!

2. You didn’t think you’d have enough time to eat lunch if you took “Reading Poetry” with Richard Wilbur at 12:30. Hey fatso! Try grab n’ go next time the best poet of our goddamn generation is teaching a course. Idiot!

3. You thought you saw Richard Wilbur in Jenkins last weekend, but he was standing next to your ex, so you bolted. Stupid, stupid you!

4. Mistaking the Pulitzer prizewinner for the man who shot Alexander Hamilton, you challenged Richard Wilbur to a duel and won, without ever asking him what inspired his latest collection of poetry. You killed Richard Wilbur. You are an ignoramus!

5. You’re Zephaniah Swift Moore, first president of Amherst College, and you died before Wilbur was born. What a lack of foresight! Moron! 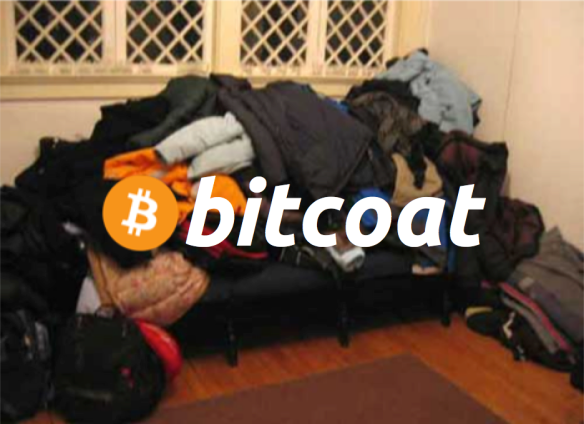 AMHERST, MA – Last night so many coats were stolen from Jenkins that the stolen coat has become its own cryptocurrency. Stolen Jenkins Coats (SJC) is open-source, its design is public, and everyone can take part. Mining coats is easy. Simply show your Amherst ID to the strange bouncers nobody hired, enter the building, and then have at it. Economists project coats stolen from Jenkins last night will become more valuable than bitcoin by 2018, especially the ones that had wallets in the side pockets! Yahtzee! Get started with SJC today. There are no consequences. 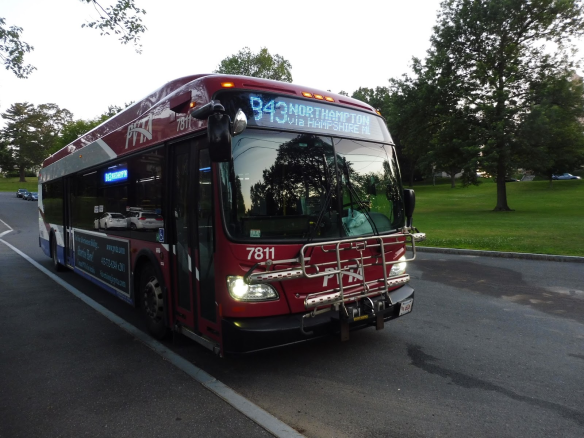 “We’re excited to respond to 5-College students’ demands for faster transit,” PVTA spokesperson Josephine Michelangelonopolis told the Muck-Rake. “Next we’ll reduce travel time from Amherst to Mount Holyoke to a fortnight or less.” 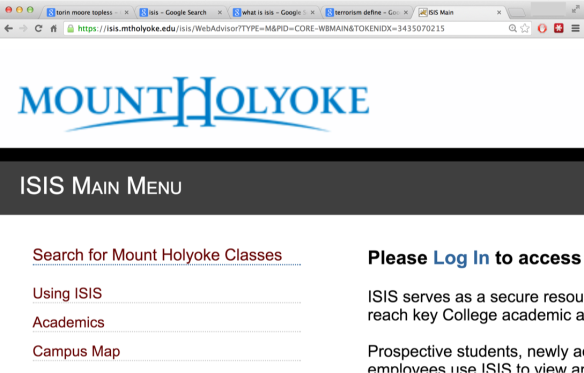 MUCK-RAKE INVESTIGATIVE CENTER, Amherst, MA — Boy oh boy, look at what we’ve found. Hot off the presses, it looks like—and this could be wrong—but it looks like the Mount Holyoke version of Moodle is called ISIS. Just like the terrorist organization.

Just imagine, right? ISIS is a big deal in the news. Is it still called ISIS? ISIL? All I know is this is a hot scoop if I’ve ever seen one. Me and the boys on the Muck-Rake Investigative team are going nuts with questions.

First off, is Mount Holyoke’s ISIS the same as the terrorist organization? It seems like it would be a weird coincidence otherwise, so we called ’em up. No answer. We learned, through our investigations, that everyone at Mount Holyoke had the day off to get some exercise and fresh air. All right, sounds good, but that brings us to the next question.

Are today’s coordinated training “exercises” related to the ISIS infiltration of Mount Holyoke College? Clearly the conspiracy here runs deep, and right when we start asking questions, the entire school basically up and leaves.

More questions still remain: has ISIS been gaining ground outside of its Mount Holyoke stronghold? Will Obama respond with strategic air strikes around the Blanchard Campus Center? Is the ISIS service user friendly for Mount Holyoke students?

Now, this could be overblown. ISIS could merely be an information network for the school to share class schedules and the like, as the site explicitly explains, but the Muck-Rake is going to keep asking questions to get you, our dear readers, the answers you deserve. 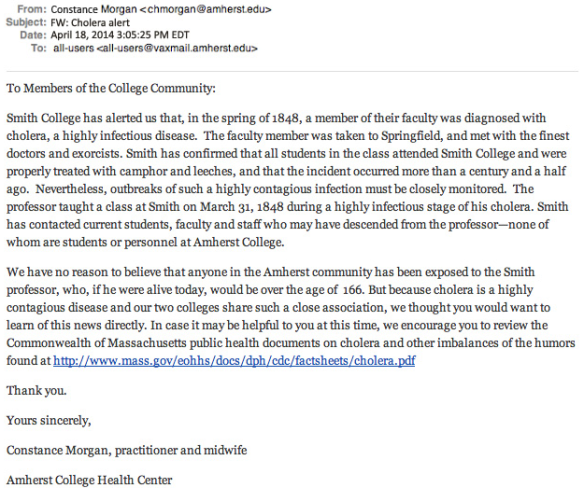 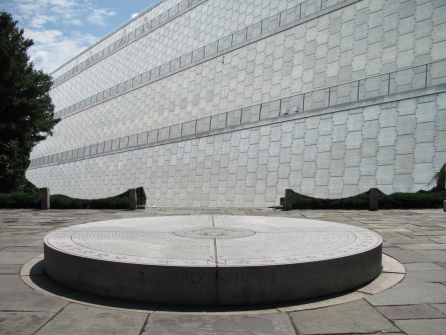 “After Peter Uvin suggested that we create ‘solid, reasonable plans of action’ to prevent anything like the events of last weekend from happening again, it just came to me,” Locklin explained of his idea to construct an enormous wall along Route 9 to protect Amherst College from invading UMass students.  “I mean, come on, it worked for the Chinese with the Mongols.”

Locklin’s solution has earned him a hero’s reputation on campus and has gained formal approval from several  student groups, including Random Acts of Kindness and the Paper Arts Club. Even the members of the Swimming and Diving teams and Water Polo Club have voiced support, rescinding their proposal to encircle campus with a 12-foot-wide moat.

Students and administrators alike are eager for the project to commence. “When you think about it,” says Russian major Sarah Hannigan ’15, ” it’s really no more ambitious than last year’s science center project.” 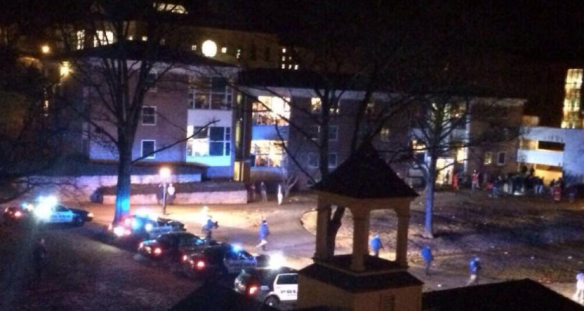 AMHERST, Ma. – Late last night, police broke up student gatherings in Crossett and Pond following the formation of an unruly mob of hundreds of Amherst Regional Middle School students outside those residences.

Most of the students, aged 12-14, are reported to have arrived at Amherst College via bus, with dozens more transported to campus in their mothers’ minivans. Once on campus, the students traveled en masse to the Social Quad, where they attempted to gain access to parties being held in Crossett Hall and other residences.

Ill-equipped to handle such a large-scale uprising, Amherst College Police phoned in help from Amherst Regional Middle School Police, who train in paramilitary crowd-control techniques and for whom full riot gear is standard issue. Combined ACPD and ARMSPD forces secured a perimeter around Crossett and Pond, pulled fire alarms to evacuate the buildings, and subdued belligerent ARMS students. Those found in violation of ARMS policies are liable to face in-school suspension.

Chief Carter praises the work of ARMSPD—”without their help,” he explains, “we could not have restored order to campus so quickly and smoothly.” Some Amherst College students take a less positive view, however, expressing feelings of terror at the actions both of the ARMS students and police. “The tactics of riot police may be necessary in inner cities, prisons, and small-town middle schools,” opines Geology major Martha Higgins ’15, “but they have no place on a campus such as this. Never have I felt so unsafe in my own home.” AMHERST, Ma — Long famed for their unique educational philosophy, the faculty of Hampshire College have decided to add pictorial evaluations of student’s performance in courses, to go along with the already-used narrative evaluations.

“An original drawing is a portal into the soul, the greatest demonstration of one’s inner emotions,” stated Hampshire Anthropology professor Jameson Hardwick. “And I feel very strongly that my students understood the sociocultural implications of diet. Those who didn’t…well, I think that is well represented by the frowning moon in the corner here.”

The alternative evaluation offer has been met with wide acceptance by Hampshire students, who have gone so far as to request similar-style evaluations from their 5-College professors.

Amherst College Assistant Professor of English Christopher Grobe met requests with bemusement. “I don’t see any problem with it, I guess,” Grobe stated before sighing. “It’s just…what does a ‘C-‘ look like?” 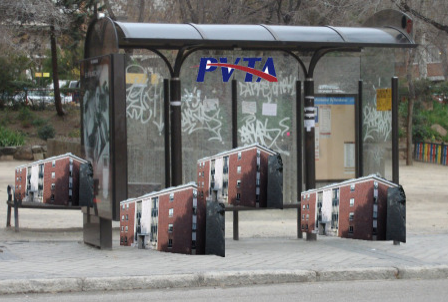 AMHERST, Ma – Early this morning, social dormitories Coolidge, Crossett, Pond, and Stone began a hasty exit after a prolonged awkward silence with the administration. Although last night was “fun,” reported Biddy Martin, supine and smoking a cigarette, her former hook-ups have allegedly reached “the end of their useful lives.”

The four dormitories were last seen—wearing the same clothes they had been since the 1970s—sitting at the PVTA bus stop outside Converse Hall, officially ending their 14,600-night stand.

“God it’s so fucking bright,” remarked an extremely hungover Crossett. Coolidge, Pond, and Stone could not be reached for comment. 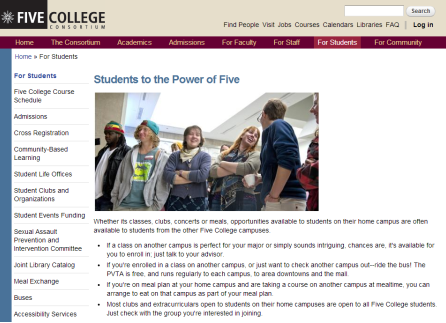 “Yep, those are Hampshire students,” confirms everyone visiting the site.