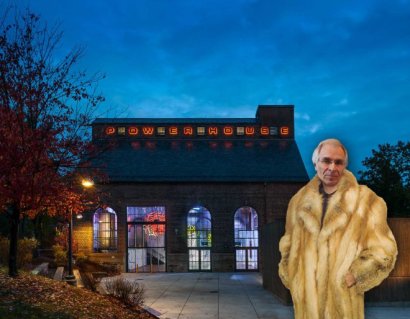 With the end of add/drop quickly approaching, and the LJST department struggling to reach its student quotas, Sarat decided to trade his aged, but still supple body for increased enrollment. An undisclosed source has also suggested that President Biddy Martin played a key role in encouraging this method of student engagement. Martin was apparently irritated that Sarat had been spending so much time at home with his wife.

“What are we even you paying for?” Martin reportedly asked, “Get that tight ass out there.”

Sarat, who has published more than 50 books on the American legal system, donned his tightest fitting Amherst sweatshirt and leaned languidly on the Little Red School House.

Behind a glowing cigarette he huskily called out to students enjoying a night out, “Hey stud, wanna explore the juncture between punishment and politics. Yea you,” Sarat continued, “bright eyes, ever wonder why the U.S. is the only developed country that still uses the death penalty?”

Professor Sarat, who holds a degree from Yale Law School, is said to have offered a half-session to students who signed up for LJST 360 and a full package to those who agreed to take his advanced Mellon Seminar. He promised to both blow their minds and to challenge their assumptions. No kissing.

Said Lacrosse Junior, Tom Riley, “I definitely would have done if I didn’t have to hit my Econ and Spanish requirements.”

Jim Lather ’16 also commented, “I was definitely interested, but I didn’t really want a B on my transcript.”

When asked for a statement, Sarat declared, “I expect a pretty interesting trial that will provide a window into the fundamental aspects of criminal law. In fact, to all prospective students, we’re going to read it in Secrets and Lies next year.”