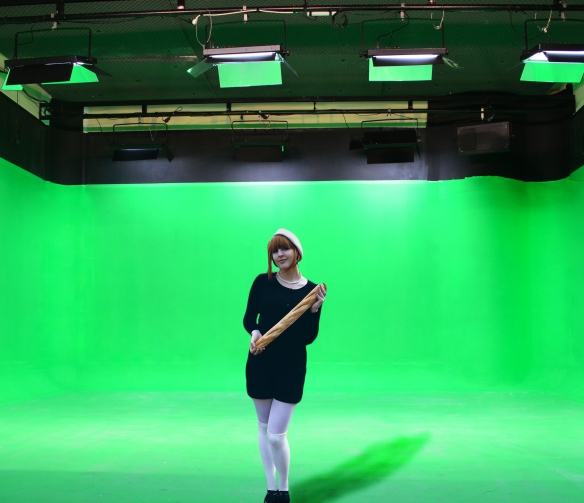 CHAPMAN 205, Amherst, MA — For months now, Chapman resident and Sociology major Jessica Marable ’17 has been telling friends and family of her adventures in Paris, France, when—in fact—she has been quietly residing in a Chapman single.

“After a semester of no one knowing where I lived, I decided to study abroad. When that didn’t get approved, I decided to just tell people I’m studying abroad,” Marable ‘17 came clean in a press conference on the porch steps of Chapman this morning. “All anyone cares about is making it look like you’re abroad on Facebook: I set my location to ‘The City of Love’ and with just a few green screen shots BAM—bonjour Paris!”

When asked how she manages to accomplish the sophisticated feat, Marable mentioned enrolling in Photography II and several blow-off UMass courses.

“Basically it’s just photoshopping myself by a different landmark every weekend, and asking [other study abroad] friends if I could sleep on their couch; they always say no anyway,” Marable paused, before adding, “And the Instagrams of my food were just from the UMass dining halls. Really, they’re that much better.”

Students were reportedly surprised to hear that Jessica had spent her “study abroad” semester in Chapman. “That’s somewhere in Denmark?”