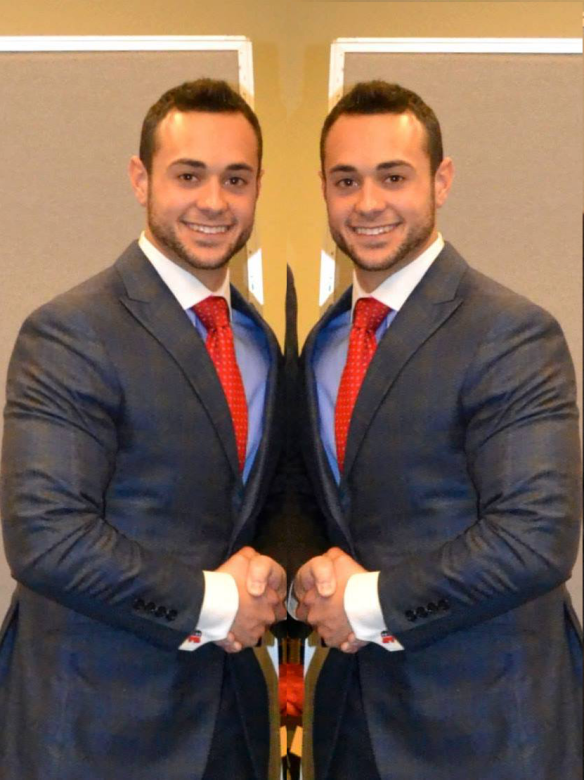 A-LEVEL WASHROOM, Frost Library, Amherst, MA — In part of his ongoing struggle to “make sure all voices are heard,” and “welcome debate from any party,” Robert Lucido ’15 of the Amherst College Republicans spent 45 minutes of today deeply engaged in debate with Robert Lucido ’15 in the men’s washroom on the A-Level of Frost Library.

Lucido first noticed Lucido standing alone in the reflection of the A-level bathroom mirror and felt as though he represented a voice that needed to be heard.

“There is not greater minority on campus than Robert Lucido,” Lucido was overheard explaining to Lucido.

“I agree,” retorted Lucido to himself. “And I, Robert Lucido, welcome debate with Robert Lucido on the issues that Robert Lucido most cares about. The fundamental importance of this, I think we can all recognize.”

Robert Lucido was reportedly very pleased with the progress he had made, and in fact called Robert Lucido “perhaps the greatest thinker of our time” and remarked that “we really see eye to eye. It was great to have a talk where half the people didn’t walk out on Robert Lucido, for once.”

Robert Lucido, on the other hand, was unavailable for comment, though sources believe he is penning an editorial response for the Amherst Student.

Students were surprised to hear about the debate—Lucido alleges advertisements for the event were torn down—though some stumbled in during the course of the 45-minute back-and-forth.

“I really thought he was just one of those homeless people, like, talking to himself,” remarked Howard Cord ’16. “But, no, as far I could tell, he’s not homeless.”

“The weirdest part, though, was that Lucido kept on trying to simultaneously distance himself and defend the more controversial actions of Lucido,” Cord continued. “Particularly when Lucido used underhanded tactics to try to silence the voice of Lucido. Why defend that?”

At press time, Robert Lucido was reportedly working hard to secure funding to invite Robert Lucido to speak again for the campus.

“I think all voices should be heard,” he wrote in a preliminary request to the AAS Budgetary Committee. “Particularly Robert Lucido’s.”