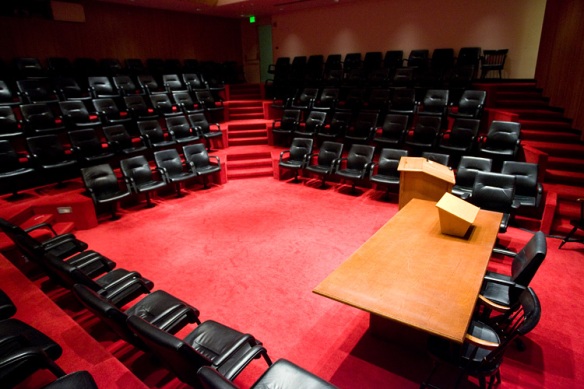 RED ROOM, Converse Hall, Amherst MA — The AAS Judiciary Council met today to discuss the latest in a string of complaints regarding the election of the 2014-2015 AAS President.

Hjelm ’15, an Art and Art History major, decried the lack of posters and advertisements used by the candidates in the lastest campaign.

“They’re usually so pretty,” Hjelm testified before the council. “Remember that huge ol’ poster Amani [Ahmed ’15] had in Val? Wasn’t that really eye-catching? Doesn’t our campus deserve more of that?”

“I don’t think I saw even one poster of Amani,” added self-described “politico” David Douglas ’17 during the discussion. “Maybe someone ripped them all down?”

At press time, the Judiciary Council members were split between those who considered posters a valuable way of informing students about candidates’ positions, and those who just wanted to see Peter Crane elected.