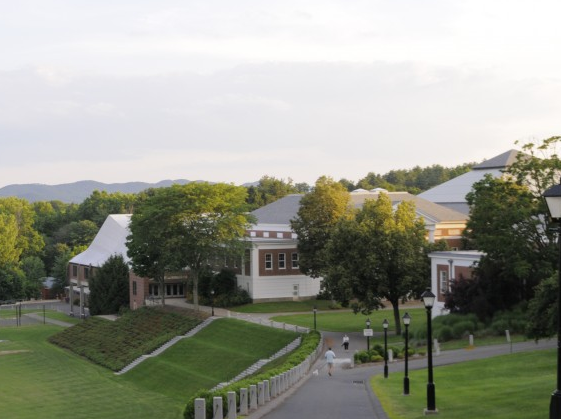 COOLIDGE CAGE, Amherst, Ma. – Luke Sanders ’15, the “can’t-miss” friendship prospect and consensus number one overall pick in the upcoming Fraternity Refugee Draft, continued to wow representatives of the over 40 student social groups participating in the draft with his performance at Thursday morning’s Fraternity Refugee Scouting Combine in Coolidge Cage.

Among the general drills held in the Cage were assessments of each prospect’s ability to hang posters, throw a frisbee, sing/beatbox, create a Facebook event, and run a laser timed 40-yard dash. Amherst Political Union vice president and scout Carter Hayes described the scouting process in a post-Combine press conference: “We can all see the raw potential in most of these guys, but most of us have no idea what they’ve been up to behind closed fraternity doors. It’s our job as scouts to make sure they’re ready to adjust to the world of College-sanctioned fun. These are the big leagues.”

Other traits observed in the Cage included prospects’ ability to shotgun a beer quickly (“But not too quickly,” according to a scout from the Amherst Christian Fellowship), complain about the food at Valentine Dining Hall, and interact with members of the opposite sex. A group of scouts representing the “First-Year Girls Who Aren’t Varsity Athletes But Sit in the Back Room of Val Anyway,” or FYGWAVABSITBROVAs (first pick: round 1, pick 23), were “blown away” by how quickly Sanders was able to ask for and receive all five of their phone numbers, with one of the scouts noting that Sanders “didn’t even introduce himself” before handing the group an iPhone with the “New Contact” screen open. She added that the FYGWAVABSITBROVAs would not hesitate to trade “whatever it takes” to improve their draft position and chances at welcoming the social dynamo into their ranks.

Sources indicate that Sanders also impressed scouts in his one-on-one interviews with each group, most of which included an evaluation of each prospect’s ability to match the dominant sense of humor on the group’s email chain and his comfort level at the group’s preferred table in Valentine Dining Hall. An anonymous scout remarked that Sanders has “an impossibly high ceiling,” adding that the junior is “a natural social chair, but you can plug him into any E-board position on day one and be happy with his production.”

“I just wanted to come out here and show all of these groups that I’ve got what it takes to hang out with them next year,” said Sanders, who was the only ex-fraternity member that elected not to order a party pizza in front of scouts. “Now that DKE’s illegal, there’s going to be a lot of pressure on me as a senior next Fall to step into whichever one of these groups selects me and start being friends with them right away. I think I proved today that I’ve done it before, and I can do it again.”