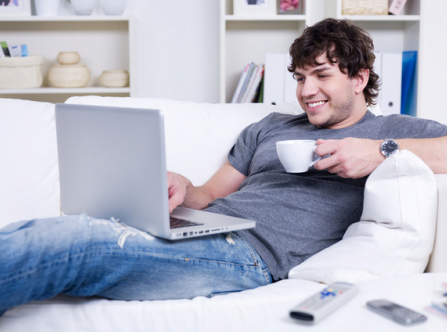 SCARSDALE, NY – After checking AC Data about five minutes ago and finding that none of his professors had posted grades yet, sophomore Geoff White’s dumb brain decided that there was a great chance that, since then, at least one of White’s professors had just finished and submitted them.

According to White, his brain—the same one that is hoping for an A in Democratic Theory and an A- in Linear Algebra—ran the numbers and decided it was definitely a good use of time to take a break from Christmas shopping and applying for internships to log into AC Data and check again—because, surely, when he last checked, one of White’s professors was just finishing up calculating his grades and only needed a few more minutes to double-check before posting them.

“I know they’re due January 2nd,” explained White’s confused brain, “but wouldn’t professors want to finish them up now before Christmas, so they’re not hanging over their heads? That’s what I would do, I think.”

Upon rechecking AC Data, White’s brain was reportedly “shocked” to discover that White’s “Grades” page was still blank, and was already planning what he might do to entertain himself for the next five minutes until it was worth it to check again.