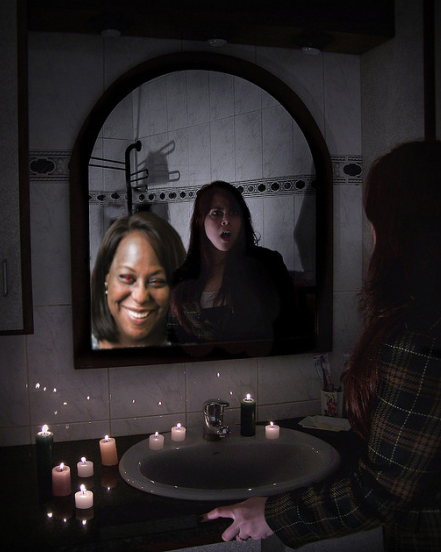 AMHERST, Ma. – As she was being transported to the psych ward of Cooley-Dickinson Hospital following what ACEMS described as a “severe mental breakdown”, Stephanie Thompson ’17 was reported to have said, “I shouldn’t have said her name three times while looking in the mirror. I should have believed them.”