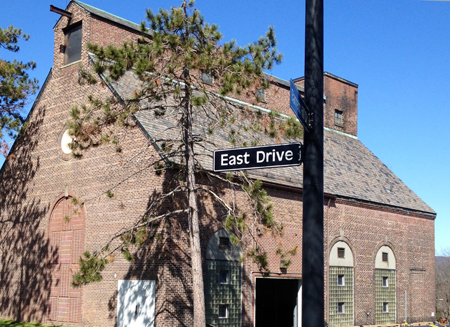 AMHERST, Ma. – Amherst College administrators were set to begin scaling back student expectations of the college’s proposed “Power House” renovation sometime this week, dispelling notions that the school’s planned remodeling of the old power-generation plant would in any way provide the welcoming social nexus their prior announcement had implied.

“We’re just getting ready to bring everyone down a few notches,” said Amherst President Carolyn “Biddy” Martin.  ”I think we’re right on schedule.”

Officials at the prestigious liberal-arts school said developments had been proceeding as planned, with students expressing surprise and genuine approval of the initial — and misleading — design for the renovated facility.

“We’ve handled this exactly as expected,” said college Director of Facilities Jim Brassord.  ”Now that we’ve waited about a week since the release, it’s time to let our students know that it in no way reflects the eventual outcome of the Power House.”

Officials initially billed the facility as an ideal location for dances, performances, pub nights, and parties, but they now plan to roll out an updated proposal that will emphasize the renovated building’s actual feasible uses.

“I think we’ll maintain the vision of the renovation in principal, if not in practice,” said Martin.

Martin said she remains committed to remodeling the Power House as an inviting student space.  To demonstrate that commitment, Martin announced that all “Grab ‘n’ Go” lunch distributions would take place in the facility, instead of in the Keefe Campus Center office building.

Still, administrators recognized student concern for the building’s prospects as a social space, and several rushed to assure students that the Power House would remain relevant to student activities, including celebrations and drinking.

“It will be closely tied to alcohol, in that it’s where you’ll go when you’re caught with it,” Brassord explained.

Despite expected concern from the campus community over the proposed revisions, administrators expressed confidence that the renovation would be well-received.

“I know how glad our students are to work with us to make Amherst even better,” said Martin.  ”I’m pleased we could compromise again.”