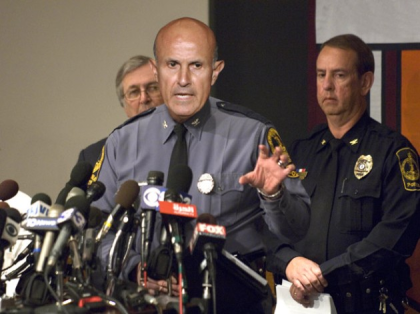 VALENTINE QUADRANGLE, Amherst, Ma. – After what was described as an “absolutely exhaustive” investigation, Police Chief John Carter announced yesterday that the decapitated corpse that has been resting in the middle of the Valentine Quad this week is not that of an Amherst student.

“We painstakingly called and tracked down every single member of the Amherst community, and it is clear to us that the dead body is not one of ours,” he said. “Thank goodness.”

The body was first spotted by a facilities worker early Sunday morning.  Early on in the investigation, campus police ran into a number of challenges.  “We tried to put some caution tape around the body, but there weren’t any trees or anything to circle the crime area,” said Carter. “We advised students not to prod or move the body until the conclusion of our investigation, but, I mean, we couldn’t monitor it all the time.”

By the end of the week, campus police braved the chilly late autumn weather and a bad smell around the body to carry on the investigation. “I’m just so proud of our officers for carrying on and doing their due diligence in this investigation,” said Carter.

Dean Boykin-East applauded all students for diligently updating their emergency contact information, and making it easier for the campus police to verify that everyone was accounted for. “Events like these are exactly why we have a comprehensive emergency system in place at Amherst. I’m just so glad our worst fears were not confirmed.”

At press time, campus police had called upon Facilities to remove the body to a trash bin or the railroad tracks, or maybe dump it in a lake.